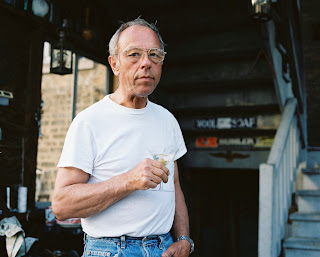 I love my place. Its a steal. It would have to be to put up with my stanky pit, grouchity ole prickle pen of a landlord, Wolfgang Buhler. The day I moved in, he took down my wind chimes and just said "noise pollution." He also called me 'thunderfoot' in a behind-my-back-in-front-of my-face kind of way claiming I sounded like a "herd of cattle," going up and down the steps. You name it, I did it, and he complained about it. I left the gate open and dropped "unmentionables" on the stairs coming up from doing laundry in the basement. I left my back porch lights on all night and put a lot of trash out the day after garbage day. One day, I locked myself out of the house and he let me sit up there for 15 minutes like he wasn't gonna help me because I was so stupid for doing that. He had just replaced my back window because I locked myself out and threw a brick through my back door.
But.... eventually we shoveled sidewalks together, dug each others cars out of the snow, split girl scout cookie orders and reminded each other about street cleaning and snow plowing. Wolfgang even offered to move my car when I traveled because sometimes you get a ticket when your car stays in one place too long. If there's one thing Wolfgang hated more than me, it was the Man. When I rolled my bike out this spring, he replaced both my tubes and filled them with air. This summer, I brought him heirloom transplants from my Dad's garden. In return, he showed me a perfectly restored 35 mm Leica that his brother used in WWII as a journalist. I was so impressed. Then, he asked if I wanted a beer. I am voting this my best beer of the year. 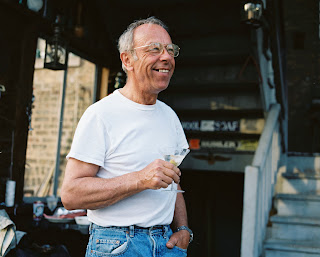 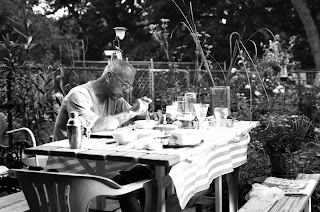