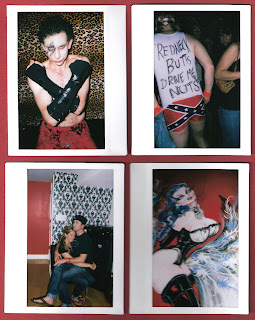 Top to bottom, right to left: Shreddy Mercury does the Dark Horse at Lucky Chengs, Dying Cletus,
ATC sits on Mama’s lap at Ocean’s, Mural Art at after hours party tranny bar.
I went to NYC to shoot the beloved US Air Guitar Nationals last week. My plan was to shoot Fung Wa at Lucky Chengs on Tues, the Nationals at the Fillmore on Thursday, fly out to Michigan on Friday and shoot a wedding on Saturday. Everything went swell until I got to the airport on Friday amidst nationwide torrential downpours… ended up on a tarmac for 9 hours, in the air for 4 and did an emergency landing in Indianapolis during the races. No hotels, no cars, no food, nothing. I had no choice but to stand pathetically in the rental lot asking each traveler with a reservation if they were going to Chicago. I got lucky with a hedge fund guy from SF. He traded me a ride for keeping him awake and we drove through the night. It turns out he’s on the board of a non-profit in SF to help emerging and mid-career artist fund personal projects. No joke. I dropped him off downtown as burnt out busses were being thrown over the Columbus bridge for the filming of the Transformers movie. This felt accurate. I continued to Michigan with my second wind and arrived an hour before my wedding. This was, by far, THE closest call of my career. 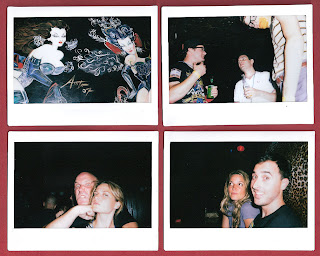 More art, ATC with Rucker and Thundergland (what is on your face?), stiff dickens fake punches me in the face,  Me and NYC Natty Hays deep in the jungle.
Here’s the kicker. I was so delirious that I formatted and wrote over a 16 Gig card spanning the entire performance portion of the NYC trip. I thought I copied it but it was gone. Not only will I never shoot a 16 Gig card again… I can’t go out like this! This was supposed to be “my last year,” but it’s not. I had beautiful wedding shots but no Air Guitar. Devastation. I tried every kind of recovery software known to the industry. Canon doesn’t even have recovery software proprietary to the new Raw files from the Mark IV. I let go of the hope to recover these images and informed the USAG commission that I wouldn’t make press release deadlines so they could make other plans. But….I didn’t stop trying. I called an old friend. Today, I’m dropping my card of at the Chicago Police Department forensics unit. “Last year,” the specialist I spoke to explains, “the city of Chicago cut budgets deep. The CPD and feds merged their forensics units.” This meant job cuts but military technology for little guys.  At retirement age this guy was back on the beat and misses challenges like these. He’s excited and hopeful. If this doesn’t work he says, “There’s always the CIA.” At this point, if I can’t win, I want to at least have fun. I’ve never worked together with the CPD, the feds or the CIA. I’m hoping to convince at least one of them to compete next year. 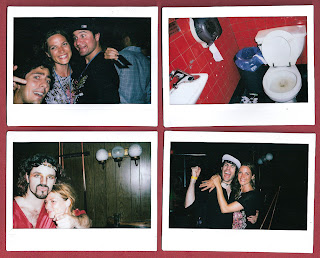 My favorite sandwich, red white and true,  National Champion Romeo Dance Cheetah, and, (say it with me)….
Hot. Lixx. Houlihaaaaaaaaaaaan.
May I also add that when I got to the Amtrak station in Kalamazoo on Sunday, the train was delayed an hour and a half. Unable to fathom further travel pains, I grabbed my bags and dove onto a Greyhound bus that left minutes after I sat down. We got to Chicago in less than three hours with more stops than we make on the tracks. I am NEVER taking the Amtrak again. The bus rules!