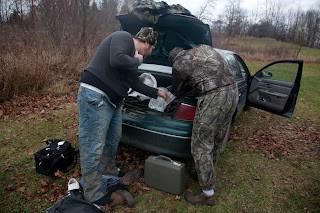 D and Jordy dig through a pile of trunk stuff to get invisible. Good thing they're putting on head to toe camo to get inside a camo ground blind where no one will be be able to appreciate their sweet outfit until they're walking back to the car after dark. 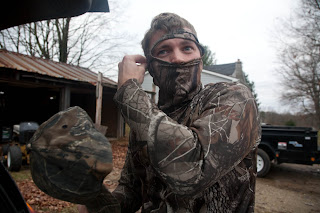 Jordy said if I was gonna laugh the whole time that I should go home which I thought was a perfect thing for him to say. They sure were easy to see even though they had so many invisible things on. Maybe I've just got good eyes. 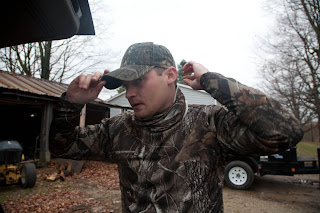 Making fun round two revolved around how bent Dans hunting cap was. So Phi Kappa Retard. I was like "Hey Dan, did you run that hat through the dishwasher and put the bill inside a cup to get it to curl like that?" 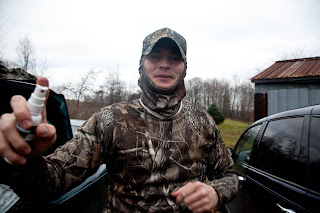 Dan said I had to spray this stuff in my mouth so the deer wouldn't smell me. It is so hard to trust him on stuff like this especially when he's laughing on the inside and I have it coming. Stuff is so funny around him. 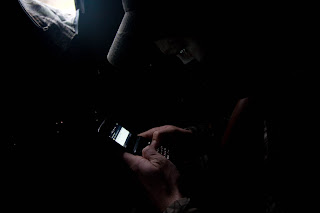 I'll tell you why we didn't shoot any deer. Because we were having too much fun. The only thing missing was a bowl of popcorn and some venison jerky. We were even texting people about how much fun were having and how many deer we weren't catching. 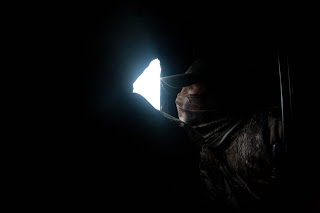 We did get serious towards the end but it was too late. Every deer in Hickory Corners knew our 10-20 and our punch lines. We were bound to teasin' and freezin'. Dan kept talking about that 15 minute sweet spot right before dark but we'd get to laughin'. Jordy if you're reading this. We admit it, we ruined everything but thanks for a great time.