I picked Jim up on Saturday morning in Brian Frain’s diesel pickup wearing my infamous “freedom wrap.” We were road-tripping out past the Mississippi river to pick up my first motorcycle and take some pictures. Jim brought his land camera and an old Yashika film body and I brought my digital. 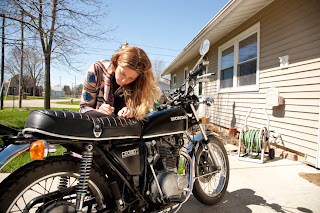 It was raining when we got started, but just outside Polo, Illinois, the clouds blew away. 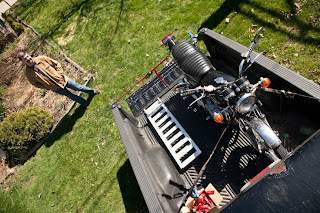 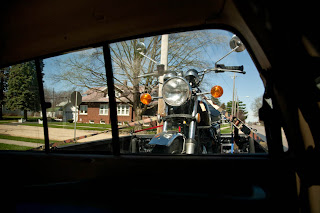 We’ll go to a parking lot somewhere and just take it slow.  Even if it’s not perfect right away, let’s give this a chance. 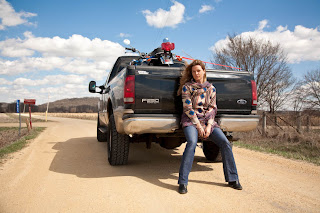 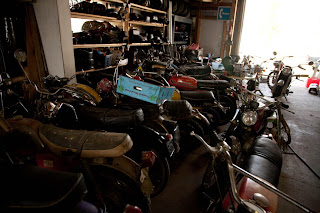 Next stop, the Jim and Jim show. I'm about to experience some major motor-head-ness. This guy’s garage was a chop-shop slash museum. Never seen anything like it. It was “organized” in the same way my bedroom is – looks like a hurricane hit the laundry line but you know where everything is. 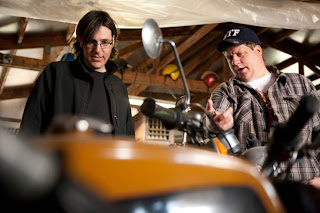 When I asked if I could photograph, the guy said “It’s kinda creepy, but whatever.” I think this is knucklehead for "yes." I was going to say something smart ass but I saw his ATF hat and thought again. Never under-estimate the power of not saying anything. And by that, I mean me, specifically. 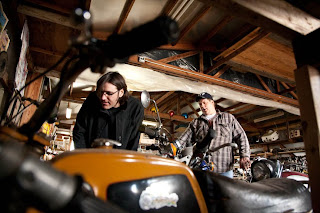 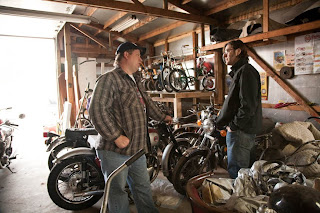 This is where Jim says to Jim, "Oh you've never had to get a mechanic's title? It's real easy. You just go down to the secretary of state...." 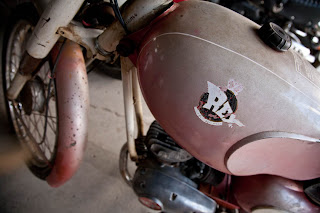 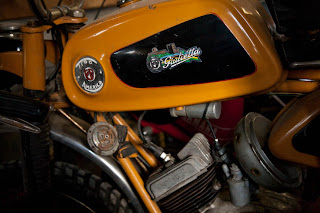 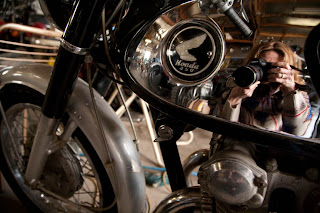 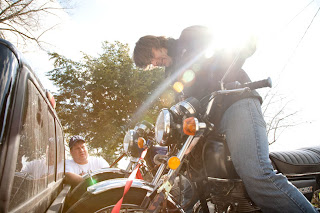 Jim does a why-the-hell-not and picks up a '73 Yamaha TX500 to flip for a few hundred bucks. 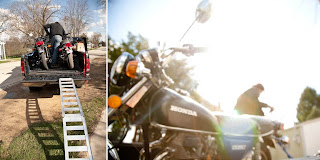 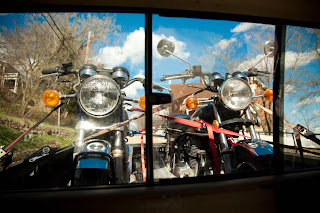 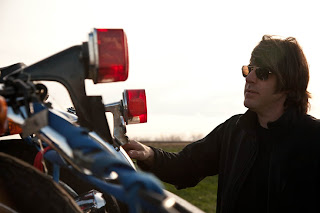 Tighten down and head back to the city. Thanks Jim, Brian Frain, Chris, Karena and Kemosabe. Amen.