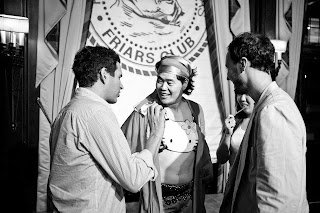 Disappearing for a long time then making a mysterious, last minute appearance as a master of your craft is super suave. Especially at a private club in New York City where famous comedians are usually roasting each other on a Saturday night. I snuck in last Saturday to meet an illusive character in a story I've been following for some time. I have never seen so famous people. 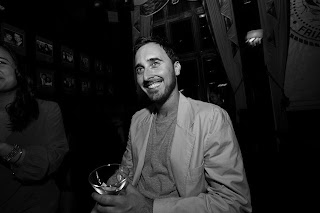 General Manager, Nat Hays, who I managed to squeeze in next to at a table right up front, was really nice and down to earth. He even bought me a drink which I kept loosing track of because I was busy being star struck. 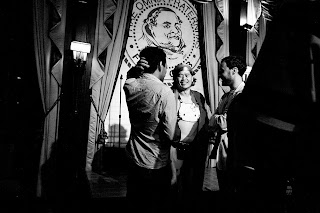 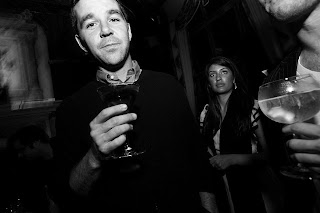 Israeli correspondent to the Wall Street Journal, Charles Levinson (left) and M.I.A., attend the re-appearing act of the decade, David Jung as C-Diddy. 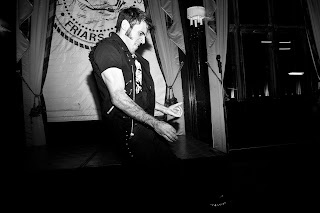 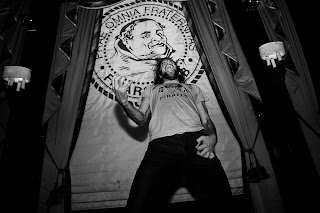 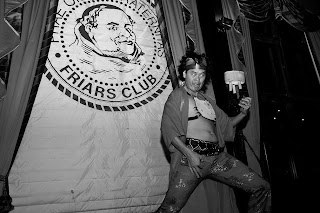 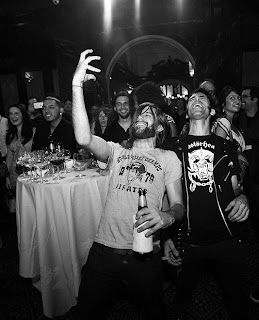 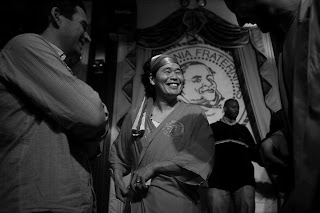 Nice to meet you, Miriam