God less Us All 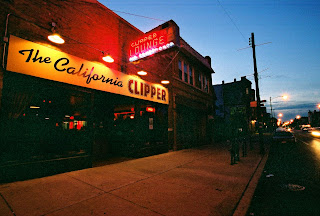 I moved to Chicago almost 5 years ago. Two months after I unpacked, I left my boyfriend in a pile of cocaine and moved to Humbolt Park. Atreyu, Artax, swamp of sadness....anyway...The only thing about Humbolt Park that lasted for me, were the friends I made at the Clipper. I worked Saturday nights as a cocktail waitress and made enough money to start over. 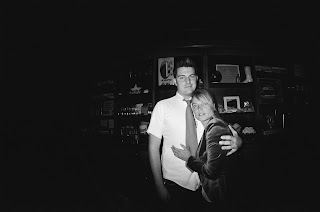 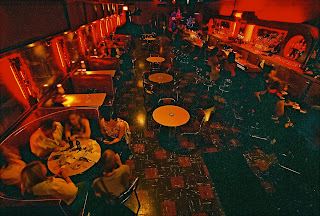 This past Friday I picked up a shift for old times sake and it brought back everything good about that time. After our shift, instead of passing Stella, (the resident guitar), across the bar, we turned on the p.a. and took the stage. 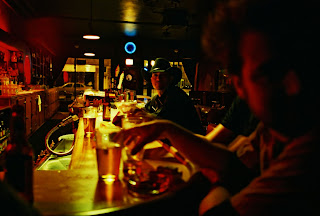 [Robert and Urban Cowboy, after hours]
Ben says a good band starts with a good name. So here it is, my first band and it's first name: "God less Us All." Thanks boys. You have such great timing. xoxo M