14 years in Michigan and I'd never been to the U.P. before this weekend. On my way to Little Presque Isle to shoot a wedding, I snooped a bit as usual. 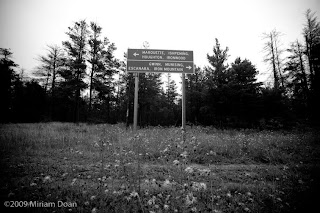 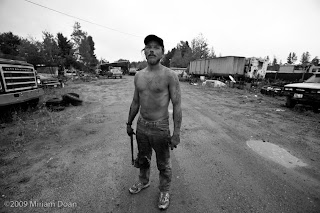 M: “Would I be bothering you if I take some pictures?.”

G: “I don’t know why you’d want pictures of a bunch of junk.” 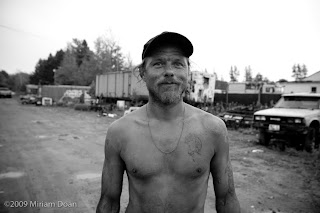 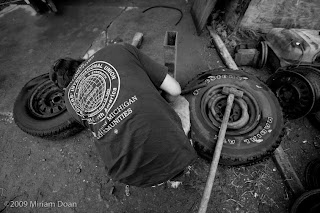 [Heating up the torch] 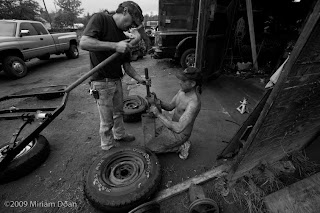 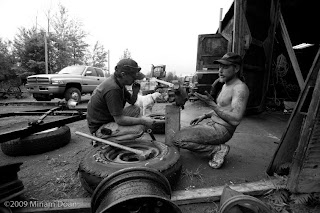 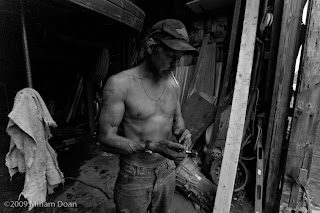 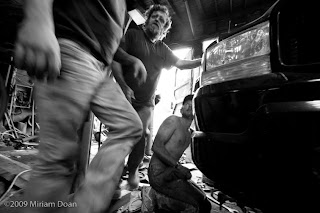 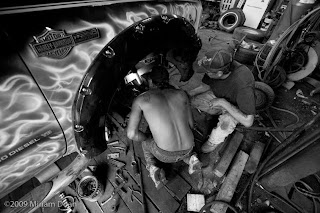 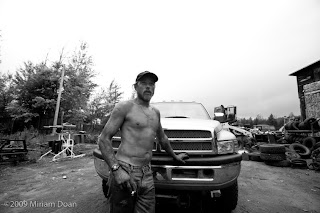 Gary recently returned to the U.P. after 15 years working down state as a carpenter. He came back when his Mom got sick. She owns a trailer park and 450 acres of land across the street from the salvage yard. Today, they’re working on the front end of an over-the-top mammoth Harley Davidson edition F250. They debated if they should replace other stuff since they have the whole thing opened up. The owner of the shop argues that it doesn't matter. If it’s not broke, don’t fix it.