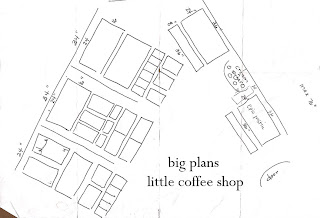 At my day job, I work with this guy, Justin Howard, a video editor. He is also known as Nordic Thunder, the Chicago Air Guitar champion. I followed him last year as he competed in the U.S. Air Guitar circuit hoping to make it to the world championships in Finland. Air guitar, is a hilarious display of imagination. But in all of it's ridiculousness, toes got amputated, feet got skinned in stage slides, my equipment got half busted and by the end of each competition I was soaked in something. To celebrate finally figuring out how to post audio clips on the blog, here is an example of the first multimedia show I did in the spring documenting the quest for "Airness" in the U.S Air Guitar Championships. I opened the show at a small coffee shop and played a radio show put together with ambient audio and interviews. The audio is posted at the end of this gallery. The audio will stop if you navigate away from the page to view an image larger. These first two composites were a bit over 5 feet tall. Great to work with something big.

From the top Justin at his day job, and arriving @ the regional Championships @ The Metro. He got his first Air Guitar from his Mom for Christmas. Empty case full of dreams. You'll hear her in the radio show. 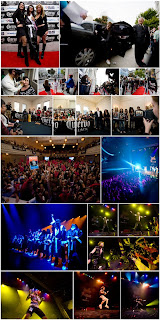 The Nationals @ the Grand Ballroom in San Fransisco. Top left "betty b. goode," poses with Quervo girls after having her middle toe torn off in stage dive at the Brooklyn regionals. She had it amputated that night and it heals just in time for her Nationals performance. 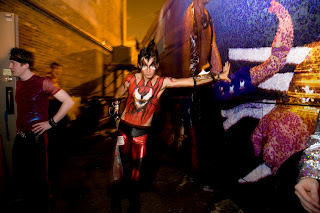 In hopes to hang with the hall-of-famers, "Pain Killer," casually takes himself seriously and leans on the USAG tour bus. Own it. 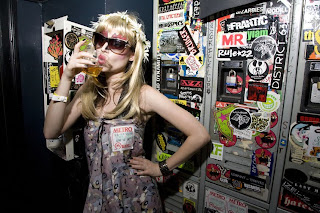 "Stevie Licks," hides her leather cat suit with hippie sheek and does a whiskey warm up before she gives Nordic a run for his money. In my opinion, his only competition. 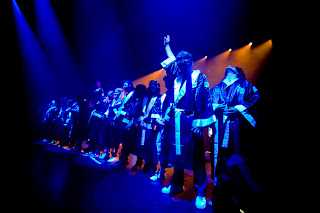 The Houston ROCKit takes his intro cue with 24 regional champs as they're paraded before the crowd @ the Nationals in SF. 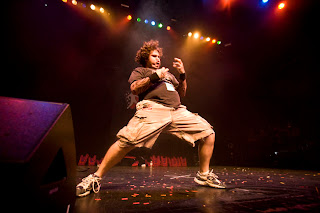 I think this guy performed as "himself in front of the bathroom mirror." Super unassuming and retarded good. The kind of performance that makes you wish he was the drunk cousin at your wedding instead of your drunk cousin who isn't that funny. 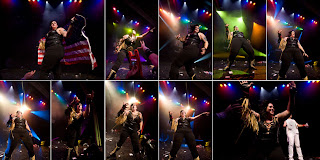 3 time Boston champ, McNallica. What a great show. And, she'd have my back in a bar fight. 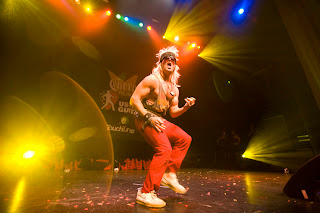 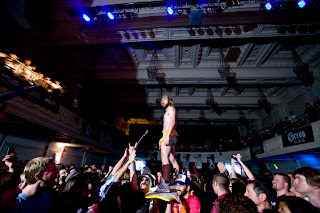 Way too cool for you tour of 2008, "William Ocean," hopes surfing the crowd will win him the crown. Not cool enough. 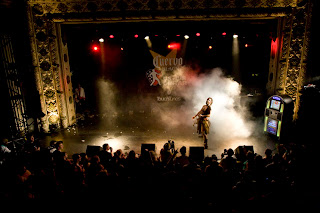 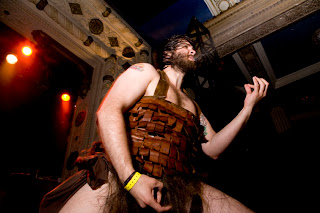 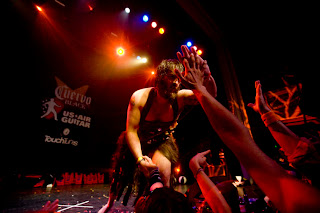 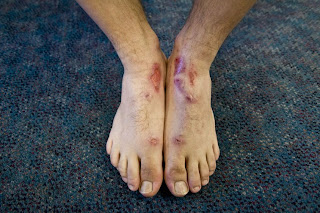